Climate: The 3 Changes YOU Can Make to Help Prevent A Climate Disaster

To bring climate change chat out of Glasgow and into our personal lives, we had a think about the personal actions that can make a massive difference.

A couple of weeks ago, we asked you, The Daily Aus audience what you wanted to learn more about in the climate change sphere. The resounding answer was that you wanted to know what you could do at an individual level to tackle climate action. And you\’re not alone. Many Australians are increasingly taking their own stance on environmental action. I think change is definitely happening with the way the majority of Australians feel.

There\’s only so long you can sit there and look at what\’s happening and not take some form of action.

There\’s a big role that the Australian Government will need to play in order to curb emissions. That\’s not to say the individual action is any less meaningful before we think about what we can do on an individual level, it\’s important to understand this source of emissions in Australia. According to a recent report, Australia\’s 10 million households are responsible for the largest portion.

43% of our domestic emissions, with 33.5% attributed to home energy and personal vehicle usage. If you break that down even further, cars are the largest contributor to household emissions and energy costs, accounting for 38% of household emissions and averaging $3,000 per household in annual fuel expenses. All slow down. That\’s a lot to take in. So let\’s chat to an expert about how we can, as young people in Australia, take matters into our own hands and reduce our carbon footprint.

How are you doing?

Can you take me through some of the things we can be doing to reduce our carbon footprint?

One in four Australian houses have solar panels on their homes. Is the cheapest electricity that you can possibly get if you don\’t have roof space. If you live in an apartment, think about lobbying your strata to do it. Some state governments have incentives to landlords to put solar panels on so that renters don\’t miss out as well. If you do that, you can play a major role in helping turn things around.

We\’re talking about one third of Australia\’s emissions. They come down from electricity, from gas, from transport.

Can you take me through whether it\’s economically viable for young people to be making these kinds of decisions?

The last thing you want to do is put yourself further in debt just because you want to do the right thing. I get that the transition doesn\’t have to happen straight away, certainly not from individuals who don\’t have the resources to do that. What we\’re really saying is the next time it comes to having to buy a car or two, replacing the cooktop that broke down, look at maybe getting the alternative.

And if there are incentives out there that help bridge that gap, then maybe it might be worthwhile to make that switch.

At a personal level, is being more environmentally sustainable. So cutting red meat and only buying second hand the same thing is taking meaningful climate action.

Often times they overlap. If you think about it like a Venn diagram, there\’s a good chunk in the middle where both set forth cross, but they\’re not exactly the same thing. Dealing with fast fashion is important because a lot of that is wasted and a lot of resources go into make that including a lot of emissions. So there is some overlap there.

We know that a big chunk of methane emissions, which is a really potent greenhouse gas, comes at the back end of livestock. So, yes, there are some areas that overlap. Doing the smart thing for the climate can take many boxes. Being environmentally sustainable. Being moral. Making yourself feel good. Whatever it is, there\’s many different pathways you can take.

The key is just getting started.

Richie, thank you so much for your time today.

So these are just some of the tangible ways you can take individual action. So what will our government be doing? Stay tuned. 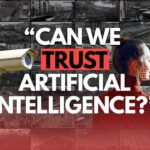 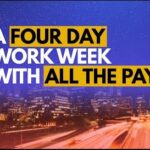 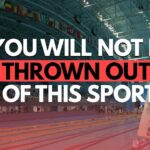